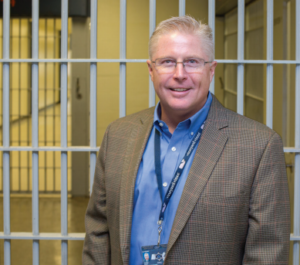 In what the NEPBA’s Leadership is calling one of the most appalling abuses of power the Union has ever encountered, Worcester House Superintendent David Tuttle has demanded the Union drop or settles grievances before he will approve the reimbursement of Local 550 Officers who were ordered by Tuttle to stay home due to the Covid -19 pandemic.

NEPBA Local 550 President Kevin Carlo said – “I advised Superintendent Tuttle that his demand to negotiate is completely inappropriate and we will not bargain over our member’s health and well-being”.

Soon after the Union repudiated Tuttle’s shameful demand he initiated a reprisal campaign against the local president and members. Tuttle ordered a change in the way union release time is awarded in an attempt to make it difficult for the local’s e-board to represent its members. He ordered that negotiated time off agreements be ignored in a failed attempt to turn loyal Union supporters against their local e-board.

NEPBA Executive Director Jerry Flynn stated – We’ve seen this act from the Worcester administration before, they attempt to interfere with our local’s ability to represent our members in a bid to pressure our local officials to yield. However, Tuttle’s feeble attempts have only rallied our member’s behind their e-board members which has strengthened their resolve.”

Executive Secretary Bill Ryan states– in order to give our members the absolute best possible legal representation NEPBA has added a third Law firm of Eden/Rafferty from Worcester Ma. We have asked Attorney Rafferty to explore the possibility of legal action against Tuttle because of his wanton and flagrant retaliation against our local official’s.

A Massachusetts Appeals Court has recently upheld an $885,000 jury award against the Worcester County Sheriff’s administration as a result of retaliation against a former employee. We call on Sheriff Evangelidis to remember the lessons of the past and remove Tuttle from any position where he is free to continue his retaliation against NEPBA local officials which may ultimately prove costly to the hard working tax payers of Massachusetts.