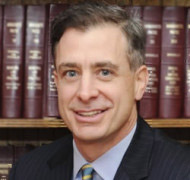 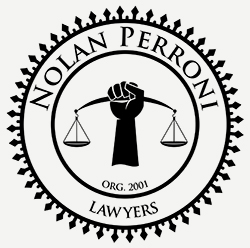 Admitted to practice law in 1996, Gary Nolan attended New England Law | Boston, Massachusetts, where he graduated in the top 5% of his class.  While in law school, Gary served as a Staff Editor for the New England Law Review.  He graduated from the University of Massachusetts Lowell, where, in 1991, he was Captain of the Wrestling Team.

Gary was trained as a litigator and trial lawyer.  He has acted as lead counsel in countless criminal and civil cases over the years, and has conducted jury trials in the District, Superior and Federal Courts of Massachusetts as well as the New Hampshire Superior Court.  In addition, Gary has handled hundreds of administrative cases pending before arbitrators, the Massachusetts and National Labor Relations Boards, and has a significant practice before the Massachusetts Civil Service Commission.

Since 2001, Attorney Nolan’s practice has focused on the rights of employees, and in particular, Union-side labor law.  For the past decade, Gary and his office have been Chief Counsel to the more than 60 local law enforcement unions in New England. Attorney Nolan regularly represents thousands of police and corrections officials in all phases of labor relations, including collective bargaining negotiations, discipline hearings and arbitrations, civil service matters, and media and public relations issues.  Additionally, Gary has extensive experience representing law enforcement officers involved in critical incidents. 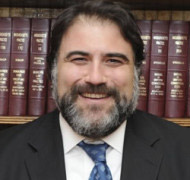 Peter Perroni graduated first in his class from New England Law | Boston where he received the Amos L. Taylor Award for academic excellence, and gave the valedictory address at the graduation of his class. During law school, Perroni received American Jurisprudence Book Awards in Contracts, Torts, Property, Civil Procedure and Constitutional Law. Following law school, he served as a Law Clerk to the Hon. Caroline Glassman of the Maine Supreme Court. After his clerkship at the Maine Supreme Court, Perroni moved to Boston and was first an associate and then partner of his mentor, renowned Boston litigator Frank Corso. While in Boston, Perroni litigated hundreds of cases, many to jury verdict, involving primarily personal injury, labor, appellate, administrative and criminal law. Perroni has been responsible for numerous cases which have resulted in seven-figure resolutions. He routinely appears before the Massachusetts and New Hampshire Trial Courts, Massachusetts Appellate Courts and the New Hampshire Supreme Court. His work in high stakes criminal cases — primarily representing police officers charged with crimes — has resulted in not-guilty verdicts in both Massachusetts and New Hampshire Courts.

Throughout his career, Perroni has continued to focus his efforts on the representation of working people. In addition to being a seasoned trial lawyer, Perroni is an expert in union-side labor law and is Chief Legal Counsel to more than 60 local law enforcement unions in New England, and is lead outside counsel to IBEW Local 2320 (telecommunications and data network workers). He regularly represents Unions and Union members in arbitration proceedings and in cases before state and federal administrative agencies such as the NLRB, DLR, CSC and NH PELRB. In addition, Perroni often represents Union members and their families in non-labor matters such as personal injury claims and criminal defense matters.

Perroni holds an adjunct professorship at New England Law where he has taught since 1997. He currently teaches Negotiation to first-year students and in the past has taught Legal Methods and Legal Research and Writing.

He is admitted to practice in Massachusetts, Maine and New Hampshire. Perroni received his undergraduate degree from Colby College where he played on both the Football and Lacrosse teams. He splits his time between southern New Hampshire and Cape Cod with his long-time partner, Mavis, and their dog, Captain. 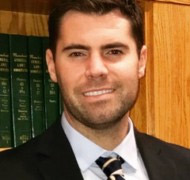 In September of 2012, Tom joined the Law Office of Michael F. Hanley as an Associate Attorney and was quickly given the responsibility of managing many of Attorney Hanley’s important accounts.  Since 2012, Tom has focused on the rights of employees and Union-side labor and employment law.  Attorney Horgan has appeared before the Massachusetts Department of Labor Relations; the National Labor Relations Board in Massachusetts and Connecticut; the Vermont Labor Relations Board; as well as in District and Federal Courts.  He has handled many high-profile cases on behalf of his members and has been very successful at arbitration as well as through mediation and litigation.

When Attorney Michael Hanley passed away in 2013, Attorney Horgan took over the practice but chose to keep the Hanley name to honor his great friend and mentor.  Hanley Law Offices now represents thousands of public sector law enforcement union members belonging to the New England Police Benevolent Association (NEPBA), the largest law enforcement union in New England.  In addition, Tom represents many other public sector employees who are members of the International Union of Public Employees (IUPE).

Richard Rafferty is a founding partner of Eden Rafferty,  Attorneys at Law, Worcester, Massachusetts. With over 29 years of experience, he focuses his prestigious practice on Personal  Injury, Motor vehicle accidents, Medical Malpractice, and Criminal Law.
In preparation for his career, Mr. Rafferty graduated from Worcester State College in 1983. Subsequently, he obtained his Juris Doctor from New England School of Law, Boston, Massachusetts, in 1988.  Renowned as a champion for justice, he goes above and beyond his call of d

uty on behalf of his clients. Mr. Rafferty brings unparalleled levels of determination, expertise, and passion, to garner the best possible results for the victims. 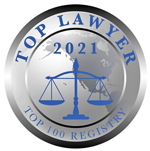 Mr. Rafferty is passionate about his work with local labor unions and remains invested in representing these unions at all times.
He is also actively involved with community organizations across Worcester, including a multi-service and multicultural non-profit organization, CENTRO,

As a testament to his success, Mr. Rafferty is the recipient of numerous awards and accolades, such as Best of Worcester (2019). Recognized for Distinguished Peer Review Rating by Martindale-Hubbell, he is a pioneer in his field. Highly praised by his clients and peers, Mr. Rafferty enjoys boating, skiing, and coaching children sports in his spare time.