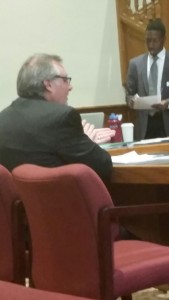 Mr. Chairman, members of the committee. My name is Steve Arnold, I am the State and Legislative Director for the New England Police Benevolent Association. I am a retired Portsmouth Police Detective and a Past President of the NH Police Association. I have represented members of our profession in both a labor and benevolent capacity for nearly 30 years.
I want to go on record to state that this Bill does not belong before the “Energy Committee.” This Bill, as written, should be addressed by the Public Safety Committee due to the drastic changes being proposed. This Bill has nothing to do with energy but undermines and diminishes law enforcement’s responsibility to ensure public safety. Attempting to pass this Bill in this committee clearly shows an end around attempt to push a special interest Bill through the committee with a complete disregard of your colleagues, our elected officials, who oversee public safety for our citizens.
Throughout the summer, law enforcement, at the request of the Chairman, met with representatives from the utility, cable, telecommunications and construction companies, in an attempt to reasonably come to consensus on language for this particular Bill. We met at times for several hours where each side had opportunities to express their concerns. From my prospective I believe that the non-law enforcement representatives had isolated issues that could have been addressed with the local communities, but more disturbing was their unwillingness to compromise with our team. Further, their blatant attempt to undermine the legal obligation of our municipal law enforcement leaders to ensure public safety was paramount to their goals and objectives by attempting to remove trained police officers from their construction and project sites. We in Law Enforcement believe that the sole responsibility and discretion of ensuring public safety remains with our Chiefs and law enforcement professionals and not private business executives or unprofessional and virtually untrained human traffic control devices, or flagmen.
The street level crews of these companies also support the status quo. They prefer trained professional police officers to control traffic and ensure their safety as they work. I have been told that many of the foreman, linemen and crew members wanted to be here today to offer their testimony but were threatened with discipline if they did so by persons in their management hierarchy.
As elected officials you all have an obligation to protect and ensure the safety of your constituents. Allowing special interest businesses to make decisions on how they will conduct business on our public ways is a failure of your obligation to your constituents and the office you hold. In the words of Representative Kurk, and I paraphrase “this isn’t about public safety, it’s about the money.” I submit to you that this is nothing but a public safety issue as far as NH Law Enforcement is concerned.
I ask that you vote to kill this Bill and send a message to the citizens of NH that their safety is a priority honored by the leaders they elected.
Thank you