Help for Molly: Officer’s daughter burned in fire allegedly started by her mother 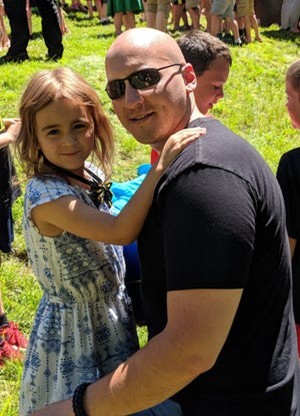 PORTSMOUTH — Police are asking the public to donate to a fund drive to help pay for care and medical bills for an officer’s 9-year-old daughter, who was hurt in a late February home fire.

The fund drive comes after the child’s mother, Mary Corliss, was recently charged with arson in connection with the blaze at her home in Webster, New Hampshire, according to Brian Houde, vice president of the Portsmouth Police Relief Association. Corliss was also charged with two counts each of reckless conduct and endangering the welfare of a child.

Molly McMillen is now living full-time with her father on the Seacoast, Houde said.

“Molly’s doing better now as far as her injuries go. She sustained exposure to the fire, as well as injuries with her lungs regarding smoke inhalation that she’s still dealing with,” Houde said. “She was in the hospital for several days before she was released and she is still getting some medical treatment at home.”

In addition, Molly is still dealing with the “continuing trauma associated with a 9-year-old being the victim of a fire and the victim of the crimes that her mother has been charged with,” he said.

Houde, who is a Portsmouth police sergeant, said he was speaking about the incident in his role as vice president of the relief association.

A state fire marshal’s affidavit says investigators believe Corliss tried to barricade herself and two children in a second-floor bedroom after setting the fire. She allegedly told investigators the fire was set by a dog knocking over a candle, and there was no evidence to support that statement, according to the affidavit.

She allegedly told investigators she had drank turpentine, which she believed would prevent her from getting COVID-19 and stated it may have led her to “believe things that aren’t real,” the affidavit states.  Corliss pleaded not guilty to the crimes she is charged with in connection with the fire.

The road ahead for Alex and Molly McMillen

Molly spent seven days in the Shriners burn unit for treatment after the fire, “followed by ongoing breathing rehabilitation, and ongoing care for her emotional well-being,” according to attorney Corey MacDonald, who is representing Alex McMillen and his daughter.

McMillen has been on paid leave since the fire in Webster on Feb. 24, when Molly and her half-brother were injured, Houde said.

Detective Kevin McCarthy, treasurer of the Portsmouth Police Relief Association, is listed as the organizer of the fundraising page for Molly McMillen. The narrative on the page states there are “unresolved medical bills totaling several hundred thousand dollars to pay for the med flight and treatment Molly received.”

Houde said it’s not clear what if any portion of those bills will be covered by insurance.

“There’s been issues with the health insurance and he’s going to have legal expenses,” Houde said.

MacDonald said McMillen “greatly appreciates the support that the community has provided” to him and his daughter since the fire.

“Alex and his family fully support the efforts of the state of New Hampshire fire marshal’s office as well as the Merrimack County Attorney’s office in pursuing justice for these two child victims,” MacDonald said. “The road ahead while uncertain, will be an ordeal for all involved. Molly is progressing with the support of family and friends, but still faces challenges ahead in her recovery.”

“Molly has returned to modified school studies from home and continues to work through rehabilitation. Alex has been impressed with his daughter’s strength and positive spirit,” he said.

MacDonald added, “Alex is grateful for the Webster Police and Fire Department for their response.”

“His brother and sister officers of the Portsmouth Police Department have been extremely supportive through this ordeal, which has allowed him to focus on caring for his daughter,” he said.

The fundraiser seeks to ensure Alex McMillen and his daughter have “all the support they need as they make the transition to their new lives together,” Houde said. “We don’t want them to worry about the financial burden that’s going to come with the medical bills.”

The fundraiser is at gofundme.com/f/molly-mcmillen-medical-fund.