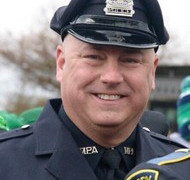 Christopher Ryan is the President of the New England Police Benevolent Association. He was previously elected and served as the Sergeant-At-Arms of the NEPBA. Chris is in his 29th year of law enforcement which started in 1991 as a Correction Officer with the Massachusetts Department of Correction MCI-Cedar Junction-Walpole.

In 1995 Chris accepted a position with the Massachusetts State Police Crime Laboratory in Sudbury-AFIS Unit. He was elected President of Unit 1 representing over 1400 Commonwealth of Massachusetts state employees. He was then elected as a National Vice President International Brotherhood of Police Officers/International Brotherhood of Correctional Officers.

In 2007 he started at the Massachusetts Port Authority Police rising to his current rank of sergeant. He has served on the Massport Police Local 170 executive board numerous terms as both Vice President and President. Chris has testified many times at the Massachusetts State House before various legislative committees on behalf of the NEPBA. 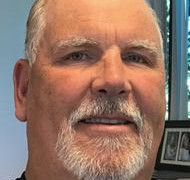 Jerry Flynn is the Executive Director of the New England Police Benevolent Association, Inc. Officer Flynn brings a wealth of knowledge and experience to this position, prior to joining New England PBA, Inc.; Officer Flynn was elected National Vice President of the International Brotherhood of Police Officers (IBPO) and served as Executive Director and Director of Organizing. He also served as a vice president of the National Association of Police Organizations (NAPO) and served on the Board of Directors for the National Law Enforcement Officers Memorial Fund, Inc (NLEOMF) and the Law Enforcement Steering Committee (LESC) in Washington, D.C.

In his capacity as a law enforcement labor leader, Officer Flynn was also the Governor’s appointee to the Massachusetts Joint-Labor Management Committee (JLMC) and served as Police Chairman for over five years. The committee resolves contractual disputes between municipal police & fire unions and the towns they serve. Officer Flynn has testified before the United States Congress on a number of high profile issues including the Columbine School Shooting, Collective Bargaining Bill, Patient’s Bill of Rights, The William Deagan Law, C.O.P.S. Program and he was the keynote speaker at the White House on The Brady Law at the request of President William Jefferson Clinton. His riveting speech was published in the Congressional Record of the United States Congress on August 6, 1998 at the request of Congressman Martin T. Meehan (D-Lowell). 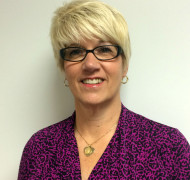 Deborah began her police career in 1983 with the Town of West Bridgewater and joined the Middleborough Police Department in 1985. Prior to this she worked for Norfolk-Bristol Ambulance and later Ambulance Systems of America. She worked in patrol for 13 years and then as the court liaison for four years. During this time she served as secretary of her local from 1988 to 2000. She was promoted to the rank of sergeant in May 2001 and has worked on the midnight shift for a majority of the last eight years. In 2003 the sergeants and lieutenants split from the patrolman’s local and Deborah was elected President of NEPBA Local 96, a position which she holds today. Deborah is an instructor with the Municipal Police Training Committee instructing in the areas of Standard Field Sobriety Training (SFST) and Drug Recognition Expert (DRE). Deborah was a member of the 1994 graduating class from Western New England College in Springfield, MA with a Bachelor of Science in Law Enforcement degree and a 1998 graduate of Southern New England School of Law in Dartmouth, MA. She was admitted to the MA bar in 1999. 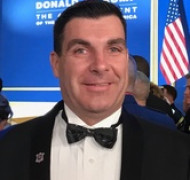 Sean R. McArdle is an experienced and knowledgeable labor leader who has achieved success in every aspect of his labor career. Sean served several years as an International Representative for an International Brotherhood of Police Officers and the International Brotherhood of Correction Officers before joining the New England Police Benevolent Association in March of 2006. Sean was elected to serve as a Regional Vice President of NEPBA from 2007 – 2011 before becoming the State Director for Maine, Massachusetts, and Vermont. Sean has represented over 100 different law enforcement locals over several different states during his career in the labor movement.

As an experienced negotiator, Sean has achieved tremendous contractual success for those locals he has represented over the years and has vast knowledge in all aspects of labor relations including grievances, arbitration hearings and disciplinary matters. Sean has successfully negotiated over three hundred contracts with cities and towns. He has extensive knowledge in interest arbitration, mediation, and fact-finding. He is considered an expert in the field of law enforcement labor relations. As a member of the New England PBA, Sean focused his attention on representing the law enforcement locals in the States of Massachusetts, Maine, New Hampshire, and Vermont. He has also done a remarkable job recruiting, organizing, and training law enforcement local throughout New England.

Sean has held many leadership roles in other labor organizations, political campaigns and other nonprofit organizations. Sean also currently serves as a Deputy Sheriff for Norfolk County in Massachusetts. 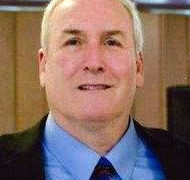 Ron is an original founding member of NEPBA.  As a law enforcement officer of 25 years in New Hampshire, Ron started his labor career as the President of the Nashua Police Officers Association and served in that position for ten years until promoted to the rank of Sergeant.

In retirement Ron was hired by the International Brotherhood of Police Officers in Massachusetts.  When the opportunity arose to start the New England Police Benevolent Association, he jumped at the chance to provide a better product to all of Law Enforcement and the current number of members shows that to be true to this day.

Ron holds a BA in Criminal Justice from UMass-Lowell,  and an MBA in Business from Southern NH University.  He also holds numerous advanced certificates in Contract Negotiations, Arbitration, Mediation, and Police Officer Rights.

Ron has successfully negotiated hundreds of Collective Bargaining Agreements and Grievances in both New Hampshire and Massachusetts.  Ron has held numerous positions within NEPBA, to include the first Recording Secretary’s position, NH State Director, Regional Vice President, Regional Director, and now the Executive Vice President’s position to which he was elected at the National Convention in 2019 having received the largest number of votes for the position by the membership.  He was quoted after the election;  “ I am truly humbled by the confidence shown in me by the members and I pledge to never let them down and to always put them and the company first in everything that I do in this position”.

In his spare time Ron is a member of the National Ice Hockey Officials Association in NH refereeing High School and Prep Schools throughout the State. 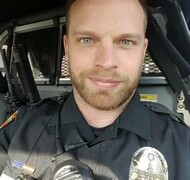 Chris was born and raised in Massachusetts, spending most of his youth growing up and attending primary school in Hudson, MA.

He began his law enforcement career in 2010 when he attended the Plymouth Police Academy, while a fulltime student of the Regiment of Cadets at the Massachusetts Maritime Academy. After graduating college in 2011 with a Bachelor of Science degree in Emergency Management & Homeland Security, Chris was hired by the Northfield Police Department and attended the Vermont Police Academy.

Chris was on probation when his peers voted unanimously to elect him as President of his local. Soon afterward, Chris and his fellow officers severed themselves from the municipal local to join the NEPBA. The Northfield Police Department employees were ultimately successful in creating their own independent law enforcement group; NEPBA Local 406. Chris was appointed the NEPBA’s first Regional Vice President of Vermont in 2016. 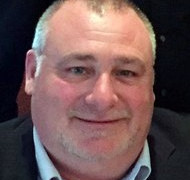 Steve is a retired Portsmouth, NH Police Detective with over 30 years of union experience currently serving as NEPBA New Hampshire State and Legislative Director.. He has served as the President of the NH Police Association, President of the New Hampshire Cops with Cancer Fund and is co-founder of the NH Retirement Security Coalition. Steve has also served as a Trustee representing NH police officers on the NH Retirement System Board of Trustees. He is a two-time recipient of the NH Congressional Law Enforcement Award.

Having served the NEPBA in many different capacities over the years, he was elected Recording Secretary at the 2019 NEPBA Convention.  Steve lives in Portsmouth, NH with his wife Jennifer and has four great sons and a handsome grandson!. 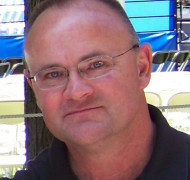 Bryan is extremely proud of having been a co-founder of NEPBA and serving as NEPBA’s first President.

He began his career in Law Enforcement in 1977 in the City of Lowell, MA as a police communications operator through C.E.T.A.(Comprehensive Employment and Training Act) He was appointed a reserve officer in 1981 and then permanent full-time in 1984. He was elected Class Vice President for the 3RD Municipal Police Officers Class held in Wakefield, MA.

In his early career he was a gritty “street-cop” patrolling the Acre and downtown sections of the City of Lowell. He fondly remembers that “a year in the Acre was like a career in another community!” He was promoted to Detective in the Vice/Narcotics Bureau and eventually became the long time Vice/Narcotics Evidence Officer, a position he retired from in 2011. He was an active Local Union Representative holding positions as Shift Steward, Executive Board Member, Vice President and President of the Lowell Police Patrolman’s Union. He previously served as an Alternate Member, Joint Labor-Management Committee for Municipal Police and Firefighters and National Representative, International Brotherhood of Police Officers.

Bryan currently serves on the MA Division of Labor Relations Advisory Council. He is most proud of being recognized by the National Law Enforcement Officers Memorial Fund in Washington, DC as “Officer Of The Month” May 2007. 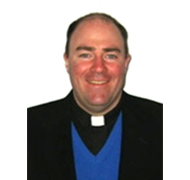 The Executive Committee of the New England Police Benevolent Association, Inc. has selected the Reverend Paul T. Clifford to serve as the New England PBA’s first Chaplain. Fr. Clifford is well-known and well-respected in police circles and is also the Chaplain for the Hopkinton (MA) Police and the Massachusetts Police Association (MPA).

Fr. Clifford is a Catholic priest of the Archdiocese of Boston. He was born and raised in Norwood, MA and attended Xaverian Brothers High School, graduating in 1982. He was ordained a Catholic priest in 1992 and his first assignment was to St. Joseph’s Parish in Wakefield, MA. In 1997, he was transferred to Ste. Marguerite d’Youville Parish in Dracut, MA. “Father Paul” as he is often known formally began his work as a chaplain in the year 2000 with the Greater Lowell Critical Incident Stress Team and, later that year, was invited to serve as Chaplain for the Massachusetts Police Association. From 2002-2006 he served as chaplain of the Dracut Police Department (New England PBA Local 4). In July of 2006 he was transferred to St. John’s in Hopkinton, MA.