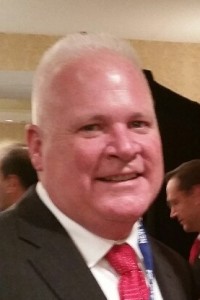 The House Transportation Committee met today to take up House Bill 193 aka “Flagger bill”.  The bill was scheduled for 2:30pm

At 5:35pm the Committee went into Executive session and immediately a motion was made to “retain” the bill in committee.  This was seconded just as fast and with a voice vote, it was done.

Despite speaking with Reps throughout the day and being told the bill would be ITL, (killed)  it seems the Committee felt it was better to retain it, so as not to anger Senator Bradley who was one of the bill’s sponsors just before the House sends its bills to the Senate.

The Committee has until the end of November to take action on the bill.  If they were to take action, it would be January 2018 when it would go before the full House for a vote, and then on to the Senate.  Hopefully we should be ok.  The Committee didn’t seem that excited about the bill to begin with.

I’ll be speaking with Speaker Jasper and others to confirm our thoughts on this.  Either way, it’s a good day when they don’t say “OTP”, ought to pass.