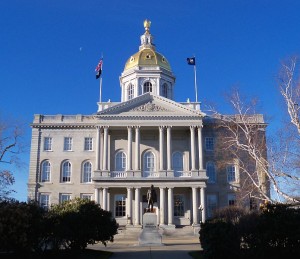 On August 26, 2015 I attended an organizational meeting on this bill where Senator Bradley, Representatives Kurk, True and Cohen were present. Several utility company lobbyist’s were present and spoke directly to Senator Bradley. One of these people was Michael Licata from Liberty Utilities, the Director of Government and Community Relations.

Mr. Licata stated that Liberty Utilities has had two problem communities which did not allow flaggers on their roads, Salem and Manchester. In his comments he stated that his equipment does not move without a police officer attached to it in Salem. Furthermore, he stated that it was a waste of taxpayers money and it was affecting customer’s utility rates.

As a retired member of the Salem Police Department, I was bothered by Mr. Licata’s statements as I believed them to be very untrue. I followed up by speaking with Salem Police Chief Paul Donovan, Deputy Police Chief James Chase and the scheduling officer Basil Chingros. I was informed that nothing had changed in Salem since I was employed, and that the Police Department had a “GREAT” working relationship with Liberty Utilities.

I also spoke with representatives from the Manchester Police Department that stated everyday they have flaggers working in their City as there are not even Officers to cover all the job sites. Manchester Police are aware of 16 persons who are flaggers who are also registered sex offenders. Remember, there is no law prohibiting a sex offender from being nearby a school in NH. Such prohibition only applies if it’s part of his/her sentencing.

How it works in Salem is the local foreman who has been with Liberty Utilities for 30 years will contact the scheduling officer and determine if a detail officer is necessary. They discuss how many officers are needed, and if a vehicle is needed. They address other issues that concern both the line crew’s safety and the public safety of the town. On a regular basis Liberty Utilities is told to go work on less traveled roadways without a traffic control person and if the crew working there decides they want one an officer will be sent. Sometimes for last minute short term jobs the Salem Police Department will send an officer who is patrolling that section of town to provide traffic control for the crew and Liberty Utilities is not even billed for that time.

I’ve learned that Mr. Licata moved from the gas side of Liberty Utilities to the power side less than a year ago. Mr. Licata has no experience with electrical crews who’s work is very dangerous and is performed in all sorts of emergency and weather conditions. Furthermore, the lineman I spoke with informed me that Mr. Licata has never spoken to a local lineman, nor has he ever been to the Town of Salem’s facility. The consensus of those working out on the streets and roadways is that Mr. Licata is NOT QUALIFIED to speak about the traffic control needed to allow the lineman to do their jobs safely.

Being a lineman working with high voltage thirty feet off the ground is difficult enough without having to worry about vehicular and pedestrian traffic. Another danger of concern is if the bucket of the line truck comes in contact with a live wire the truck itself becomes a conductor and could injure someone passing by.

Senator Bradley asked if there was any evidence that “flaggers” failed. I would suggest to you that there are many news reports of flaggers being arrested on job sites, intoxicated, or under the influence of drugs. These should provide you with enough concrete evidence of a failure. Recently a flagger was arrested in Nashua for leaving a job site and stealing beer, another was taken from a jobsite for withdrawals from heroin, and two were arrested for breaking into a home in Methuen. The reports are endless, but I believe we’ve already all seen these reports.

Senator Bradley likes to say that Police Officers are making seventy-five dollars an hour on details. That is not the case, the average officer makes less than forty dollars an hour. The State Police of NH bill out at seventy-five dollars which includes and administrative fee, fuel costs, and workers compensation. Most communities and the State of NH have these fees and it becomes added revenue for them. Are they aware you will be taking away their revenue should you support this bill ? Senator Bradley’s own community of Wolfboro bills out at sixty-eight dollars an hour for an officer. Of this hourly wage, the officer’s are paid approximately forty dollars the balance goes to the town.

I ask you to please not support this bill. This bill will not produce any savings to the consumer, of which I am one, and I don’t believe there is a prudent reason to take local control away from the communities of New Hampshire. Let’s continue with having professionals and extra public safety on our roadways. It would take me a long time to share with you the number of times Officers on details have intervened in crimes and other emergencies. I myself made several arrests on details and also rendered first aid to site workers, provided many with directions, and was able to back up and support the patrol shift during a crisis. I believe that on many circumstances an officers mere presence on a street has deterred a crime from occurring. .

Lastly, Senator Bradley’s final comment on August 26th was, “this bill was over due and I will bring it before my Energy Committee where I guarantee you the outcome will be that it passes” is not an example of the democratic process that we are all striving for in the State of New Hampshire and in the United States of America.